Share a memory
Obituary & Services
Tribute Wall
Read more about the life story of Joseph and share your memory.

Joseph A. Waldoch of Plains, passed away at his home early morning November 9th, 2022 after a lengthy illness. He was 71 years young.

Joe was born on March 10th, 1951 in Anoka, Minnesota to Joe and Lucille Waldoch. He was their 4th of six boys. Joe grew up on the family farm in Forest Lake. Even at a young age Joe knew how to work hard and play even harder.

He loved the outdoors, hunting, fishing, skiing, snowmobiling, fast cars & motorcycles. He always said " Whatever blows your hair back!" He was always up for a new adventure. He was a kind soul and had many friends.

In the early 70's Joe started coming out to Montana on yearly hunting trips  with brother Don, lifelong friends Bob Alcock & Tony Colombo. His passion for hunting and Montana brought him permanently in 1979.

Using his Minnesota connections Joe started working for Marvin Rehbein in March of that year, driving a dump truck alongside fellow Minnesotan Ray Lily (aka Diamond) building what is now known as  I90, west of St Regis. Joe stayed with Marvin and Riverside Contracting, advancing quickly to Supervisor, until the 2022 season when he was not able to return to work due to health reasons. If not for that, "Little" Joe would still be out working with everyone on his crew.

Although Joe worked all over the state, he picked Plains as his home where he raised his two sons Joey and Andy. When the boys came along, Joe gave up the fast motorcycles, but later when the boys were older he took up fast horses. He met his wife Patti during this time and they married in 2005 sharing a passion of  Team Penning and Ranch Sorting.

A Celebration of Life will be held Nov. 19th at the VFW in Plains at 2pm.

To plant a beautiful memorial tree in memory of Joseph A Waldoch, please visit our Tree Store. 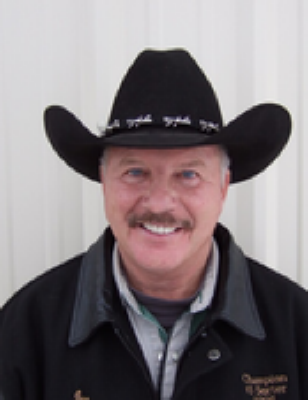